When I was asked to write a short article for the new ‘Member Passion Posts’ series, I immediately thought about singing which has always been my one true passion. Although I have played the piano and guitar as well - and actually did this for quite some time - I have never fully lost myself in these interests. Honestly, after four years of playing the piano, I quit… I started playing guitar one or two years later and then, again, quit after 4 years of lessons. I can’t say I touched these instruments more than 10 times after that…oops.

Anyway, back to the hobby that did actually manages to hold my attention; singing. I ‘officially’ started singing when I was about eight years old. At that time a joined a classical choir at the music school right here in Enschede, this school is now called the ‘Kaliber Kunstenschool’. I remember I had to pass an admission test and almost did not get accepted as I found it hard to roll the ‘r’ as in R-r-r-r-r. When I look back I think that’s bullshit, you can sing without being able to do that, right? I think this shows how strict the director was, she definitely aimed for an excellent choir and sometimes scared the hell out of us. Her way of working did work though, we participated in several big performances in collaboration with orchestras, joined the international choir concours in Neerpelt, Belgium, where we ended at the first place in the category children’s choir and went on a concert tour to Vienna. Altogether, I’ve had great experiences at the choir.

After again four years (it’s a curse!), I left the choir and started following private singing lessons. That is also when I left the classical music behind and started singing more pop-ish songs. When I met a girl who sang in a pop choir, I decided to join it. I can tell you that singing in harmony, all together, is the most amazing thing and I definitely missed it at that time as much as I do right now☹ When the pop choir was discontinued a had private lessons again, quit for half year, missed it, started again, quit for a few months, missed it, started again, and on and on and on. I simply cannot fully stop following lessons, I love to sing and following lessons helps me to dive into a song. It’s not just like singing along to the radio (or by now most of us probably listen to Spotify), it’s about getting to the bottom of the songs, finding its meaning, its rhythm, getting to know the exact pause (read: breathe) moments, its vocals and where to use ‘falsetto’ or ‘belting’.

I personally find it funny to look back at how it all started to compare it to where I’m at now. I started in a classical choir, then started singing pop songs, but only since two years I have really found my way in what I like and what I want to learn; being able to sing powerwoman songs😉 I sticked to the ‘easy’ things for a while, JP Cooper and  Ed Sheeran for example, all male singers. Why? Because these songs didn’t force me to put on a high-pitched voice, they were somewhat slower and more relaxed to sing. With that I just made it easier for myself, I was simply too scared to make the most of it, to learn when and how to breathe while singing and to really catch those high notes.

That’s why I say that I only really discovered the fun of singing when I started trying out songs that I considered to be ‘too difficult’, ‘too high’ and ‘too fast’. Since then I’ve been singing songs such as Black Velvet from Alannah Myles, Stop from Sam Brown, Stop This Flame from Celeste and even a Tina Turner song (look the songs up if they don’t sound familiar, they’re awesome😊). I couldn’t be more proud of what I have achieved by now, I’m challenging myself over and over again and I’m constantly improving my skills. Every singing a difficult song really works out, I’m so happy. So my advice to anyone would be, whether or not this about an interest in music or another hobby, keep on challenging yourself, you’ll find that one thing you can constantly work on and surprise yourself of what you’re able to.

If you’re curious about my ‘routine’ then check out the box below! It includes a few things I really cannot skip before starting my practices👀 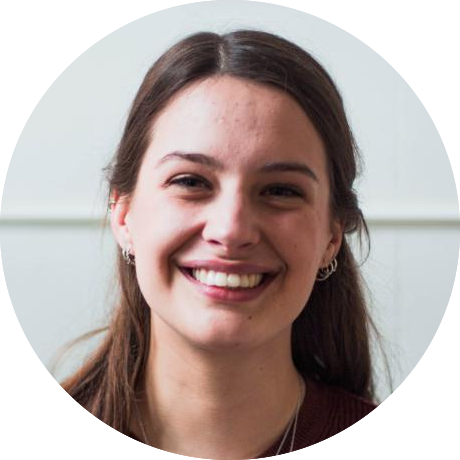 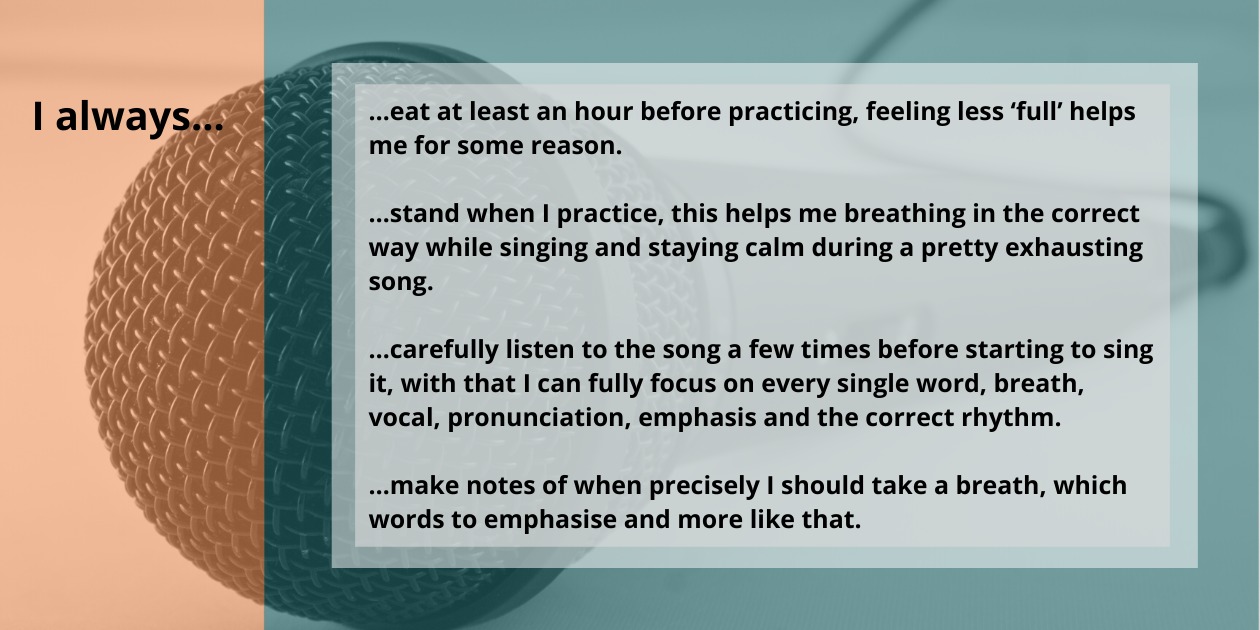 These passion posts were all personally written by Communiqué who wanted to share their passions, hobbies and talents. Do you have a passion that you would like to write about? Send an e-mail to internaffais@communique.utwente.nl and we'll walk you through the details!