When I say I love programming, I can imagine that a lot of you might look at me weird. Some of you might already be traumatized by R. Others might have had some struggles with SPSS syntax and think that that is what programming is (it is not, don’t ever call SPSS syntax a programming language please). But don’t worry, I’m not gonna write about the technical size of programming today, or tell you that the exercises you do during your tutorials are supposed to be super fun. I’m gonna talk about the creative side of programming.

I remember how I first started programming. I think I was in about 6th grade of primary school and I came across a website called KlikHierNiet (Don’t Click Here). It doesn’t exist anymore, so don’t bother looking it up, because it came from a time when internet security wasn’t as big of a thing as it is today. It was a website that would spam you with popup boxes with some “funny” text in it, and freeze your web browser during them, so you had to click on OK about a hundred times before being able to proceed. After clicking through dozens of those messages, I wanted to make all my friends suffer the same fate as me, but I didn’t want to just send them the link to the website. I wanted to put my own text in these popup boxes. So a few YouTube tutorials later I created a similar monster and sent it to all my friends. Besides making sure all my friends hated me, this also got me interested in programming and especially the cool things I could do with it.

After this, i wrote (or mostly copied from the internet) all kinds of cool scripts. Luckily, my parents didn’t think it was a problem that their 10-year-old was running random scripts from the internet on our family PC. I found a script that allowed me to make clippy appear, and let him say things that I wanted (I think you can imagine what a 10-year-old would do with that). I also found a script that would allow me to send emails, even from random email addresses that weren’t mine (which I hope wasn’t illegal, since I am essentially admitting it on the internet right now, but I promise I only used it on people that knew it was fake beforehand). And I found out that I could add scripts to PowerPoint presentations, so I could show websites in them.

All of these examples sound very stupid of course, and most of them probably don’t even work anymore because of increased internet security and the death of clippy (RIP), but this way of learning things really sparked my interest and is probably the reason why I still love it today. I kinda saw it like doing arts and crafts on a computer, but instead of cutting out pictures and pasting them on a paper to make something, i just copied some code and pasted it in notepad to create something (and hoped i didn’t accidentally install a virus). I never set the goal for myself to learn to program, but instead, I just wanted to make something cool, and happened to need some programming in the process.

That is still the way I approach programming. At the beginning of this pandemic, i wanted a way to watch videos with my friends in sync without the quality loss that screensharing brings, for example, so I just made it. If you would like to see this website you can visit https://wouterstoter.github.io/watch-together/, or you could even sniff around in the code for some inspiration, if that interests you: https://github.com/wouterstoter/watch-together.

If you would like to find joy in programming too, I recommend you to just put the exercises and tutorials aside, and just think about what you want to make. It doesn’t have to be useful, but just something small and fun. Then, you just try to make it. And eventually, after loads of google searches and YouTube tutorials, you’ll get there, and your work of art is done. 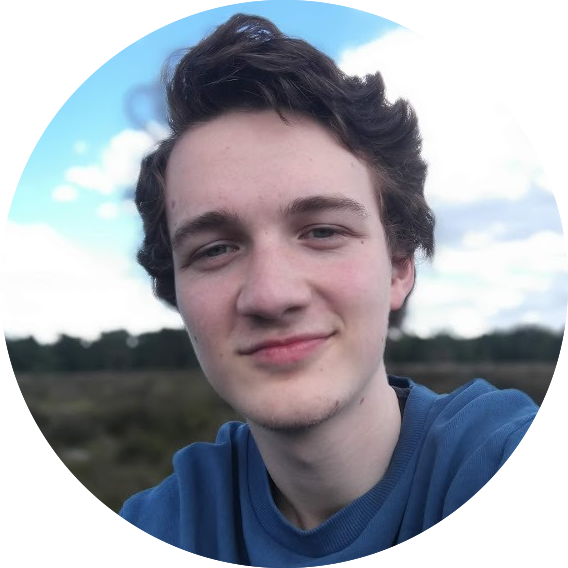